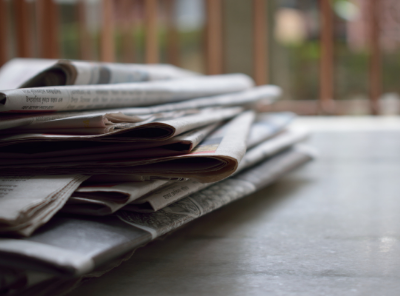 News in brief: a lot went on in October in network automation. Were you paying attention? Contributing Editor Annie Turner reports.

it will expand its 5G network using the infrastructure that start-up Helium is creating through its customers. Helium’s customers own and operate 5G transmitters and are paid in cryptocurrency for carrying traffic – it’s the biggest effort yet to build decentralised wireless infrastructure. Chris Ergen, Head of the DISH’s Office of Innovation, said in a statement: “As we build out Dish’s 5G facilities-based network, we will continue to look for innovative technologies and business models that complement or support our wireless business”. Dish signed an agreement in 2019 with T-Mobile and the US Department of Justice to start providing commercial 5G services across “significant portions” of the US from 2022.

Nokia and research house Analysys Mason have been collaborating to quantify the benefits of network optimisation. A new study found that IP network automation can save operators 65% of operational costs, based on evidence from operators worldwide, covering 60 data points. For example, the study shows that avoiding cost in the domain controller is a due to combination of factors: process automation reduces labour time taken by manual workloads by up to 68% which, in turn, means that the time to roll out new services is reduced by up to 88%. Fewer manual tasks result in fewer human errors and more predictable outcomes. Elsewhere, standardised scenarios lowers order fallout and other issues requiring manual correction overall reducing the time to fix errors by 85%. Automating alarm correlation and root cause analysis can cut mean time to repair by 71%.

IBM acquired Volta Networks, whose cloud router is esteemed by telcos as it enables customers to run tens of virtual routers on cheap hardware. Volta was set up in 2015 by former Cisco and Juniper execs, and has raised about $23 million in funding, according to Crunchbase. Andrew Coward, GM of Software-defined Networking at IBM, was reported by Light Reading saying that, “We acquired Volta Networks to extend our leadership in network automation and analytics. We’re applying the Volta technology to help manage cloud network resources, and this will fit into a wider framework of our Cloud Pak for Network Automation (CP4NA), IBM Edge Application Manager and IBM SevOne products.”

Australia’s rising start, CSG, has continued its buying spree, acquiring DGIT Systems. Ken Kennedy, COO and President of Revenue Management and Digital Monetization at CSG, said few configure, price and quote (CPQ) products address the specific needs of telcos like DGIT’s does. DGIT also does order management. Kennedy stated, “DGIT’s products make processes easier through automation and intelligence, rather than simplifying functionality and limiting the capabilities of the CSP to take to market.” The two firms have been partners for several months and seen, “positive interest and results from our combined solutions,” he said.

On that note, Ericsson and MTS Russia’s largest mobile operator and provider of media and digital services are to develop private 5G-ready networks for industrial enterprises in Russia. Since 2019, the two have implemented more than 15 pilot projects for private networks across various industries. “This agreement signals a new era of cooperation between MTS and Ericsson. Dedicated networks are vital infrastructure that Russian enterprises need for digitalization and automation of key production processes” according to Inessa Galaktionova, SVP Telecom, MTS. Target industries include mining, metallurgy, oil and gas, petrochemistry, energy, engineering and transport and logistics she added.

Meanwhile, China is looking to narrow its use case focus, moving away from more showy, look-what-5G-can-do applications to more humdrum commercial ones. The Economic Observer [translated via Google Translate] reported that “model-room” use cases – – like remote surgery and VR in stadia – had been supported by the government to spark innovation and interest in 5G, but 2022 will be a pivotal year in which it will be up to the mobile operators and industries to show that industrial 5G services can be profitable and scalable. Hence the main 5G players are more interested in mines, ports and steel plants, and have begun to build 5G bases stations out to more remote industries that are important in terms of the national economy and employment.