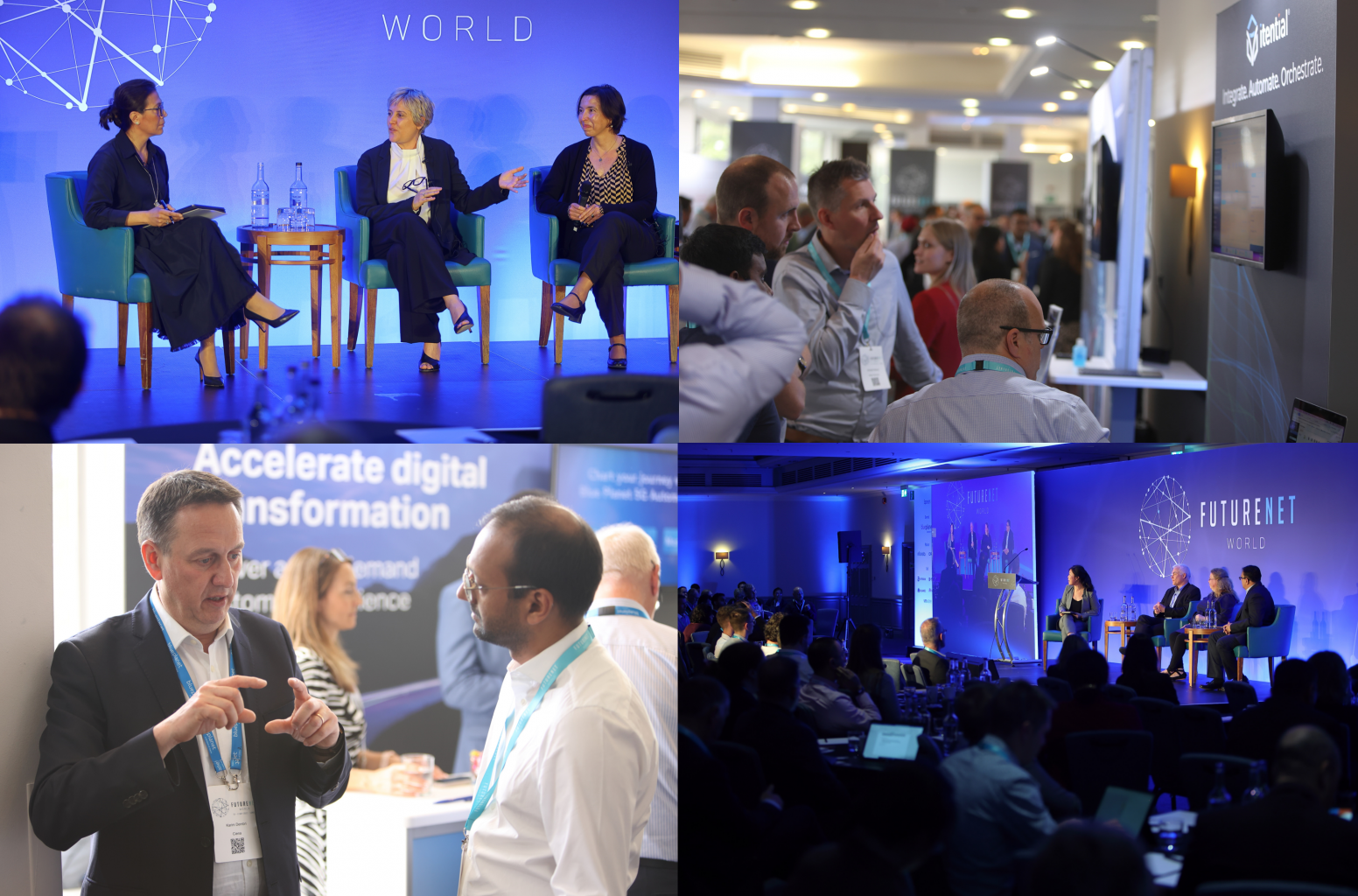 May 2022 saw the welcome return to London of an in-person FutureNet World. This consistently well-produced event series attracted a more than decent crowd, and the size and format encouraged a more relaxed and revealing set of presentations and panels.

And this meant good news and bad news. The good news: there is now a greater awareness of the need for, and challenges of, automation. The bad news: awareness isn’t necessarily translating into progress. At least, not the pace of progress we were all envisaging three years ago…

There’s no question that the mood was positive, and certainly some progress here and there (the worthy award-winners offer fair evidence of that). But as an industry, these still seem to be the exceptions, the pioneers, the mavericks. While these accelerate off the starting line, mainstream telecom seems to be still struggling to tie its shoelaces (and even a little uncertain where the finish line actually is).

FutureNet World 2022 fairly reflects the state of the industry on automation: it’s early days. But operators in particular should not be lulled into thinking that means there is plenty of time available to address it. The dawning reality of 5G, the rapid progress of hyperscalers, action on climate change all point to the need to make automation a top priority now. And more than a few on the vendor side have already invested ahead of the curve.

TMForum’s Mark Newman kicked off the event by reflecting that the biggest change in the telecom industry in the last three years has been the increasing importance of “the hyperscalers”. The statement that the most significant change in telecom comes from outside of telecom somewhat set the stage for a series of other refreshingly frank admissions from presenters.

In the opening panel, BT CTIO Howard Watson was honest enough to admit that “We [in telecom] missed the boat on IoT.”

Telus’ Ibrahim Gedeon, later recipient of a Technology Leader Award for outstanding personal contribution to automation, declared that “the [telecom] cost structure has to come down by a factor of 10.”

Blue Planet’s Rick Hamilton offered a bald reality check: “5G is finally forcing us to rethink how we do business”. Although with “the year of 5G” first declared as long ago as 2017, it seems a long time for the industry to only now be realizing what it really means.

Orange advised peer telcos that Managed Service contracts for networks might represent a major hole in strategies intended to make use of vast amounts of network data, since access to data is not typically part of such deals. Worth checking the small print…

Huawei shared some details of network automation work with MTN Group, where the automation challenge is made more urgent by the need to cope with 150 fiber cuts per month (3 would be plenty for a typical telco.)

A panel on Open RAN surfaced some other honest admissions. Remco Helwerda, Advisor to KPN, acknowledged that open platforms are the way to go, but that KPN for one just does not have the people needed to deploy and work with them.

But Open RAN champion Andrea Dona (Vodafone) cautioned operators to look past the complexity of open RAN and focus on the opportunities it creates. “We won’t fix profitability if we stay closed.”

According to Netcracker’s Ari Banerjee, “lots of private 5G networks are single vendor” adding that more open architectures would be needed to deliver the nimbleness that enterprises will want.

Disaggregation pioneer Deutsche Telekom at least offered a clear demarcation between hyperscalers and telcos: “Telcos ought not to be in the cloud infrastructure business. But running telco workloads in that cloud – that’s what telcos should be good at.” Microsoft’s Martin Taylor (former CTO at Metaswitch) echoed that, adding a reality-check on edge, at least in Europe, where a national data center effectively is the edge, capable of delivering sub-10msec latency reliably.

Normally progressive Swisscom was happy to let someone else be first to market with 5G Standalone: “not yet”, acknowledging BT’s comment that 5G SA is “an inflexion point for automation”. 5G SA finally turns a network management challenge into a set of large-scale distributed software management challenges, with multiple software releases per month, and new supporting operational disciplines are needed to enable that. And for good measure: “Orchestration is not a differentiator”, an interesting comment that Lumen might disagree with. On the credit side, Swisscom does claim a strong zero-touch implementation, at least for its RAN, with 25 closed-loop use-cases up and running.

HPE was one of many presenters and panelists to talk about the potential for much faster decision-making in the network, when data arrives without the 15- or 30-minute lag that frames conventional OSS.

Cloud-native is where the industry needs (and wants) to be but is facing severe challenges: fierce competition across all industries for suitably skilled staff for one. The lack of credible roadmaps from key vendors was cited as another.

Now part of Rakuten Symphony, Robin.io reiterated how central cloud-native has been to the Rakuten Mobile vision from the beginning. Interestingly, Partha Seetala, now President of Rakuten Symphony’s Cloud business unit, highlighted how cloud-native is an innovation-focused paradigm, more to do with accelerating how products are built, and less about how they run in live operations.

In a standout panel moderated by Patrick Kelly on Automation and Disaggregation featuring BT (Neil McRae), Infovista (Franco Messori), Telenor’s Teje Jensen shared that it has automated over 60% of its technical processes – though mostly through “simple robotics”.

But sentiment on disaggregation itself was varied. The truth is that telecom is troubled by disaggregation. It does not know how it will define SLAs for customers where it does not own the entirety of the service. It is not certain where customers see sufficient value to pay for.

“If automation isn’t in your top three things to do then you’re in trouble”, Neil McRae, BT Chief Architect.

5G Network slicing increasingly feels like something the industry is supposed to want, like Cherry Coke, a free U2 album, or a Clubhouse account, but really can’t find a compelling enough reason. Sooner or later the industry will move on and solve actual problems.

BT’s Neil McRae offered some real-world examples of problem-solving, 5G-enabled applications from logistics and transportation. Applications that use network in a different way; simple things that are made possible by 5G. The question is not how fast 5G is, but where it is. For example, data from the 478 sensors on a train that can be used (and presumably, pooled across an entire fleet), to predict potential failures. BT referenced various projects underway at UK ports where there are numerous possibilities to combine wireless data and analysis to control cranes, schedule vehicles, use drones to inspect equipment, ensure safety, use AR to help maintenance and so on. (Ports are an area that Three UK is also exploring. Three is the largest holder of UK 5G spectrum),

Juan Manuel Caro, Director of Operations Transformation for Telefonica has automated traffic management in its international network, re-routing traffic onto optimal routes to keep within SLAs on QoS or cost. It’s basic, but it works.

But there are significant cost savings available from basic automation of less technical work. Juan Manuel referred to an invoice reconciliation process saving tens of millions of euros. Network smarts aren’t the only way to reduce cost, and telcos can still be satisfied with less ambitious targets. “We need to go fast, but not superfast”.

Clearly, telcos and enterprises are having some difficulty engaging. Especially on anything more interesting or sophisticated than straight connectivity. (Some evidence for that in the latest re-org of BT’s Enterprise business unit. This handles BT’s UK business customers (BT Global handles its multi-national business). In February 2022, BT established “Division X”, now folded into BT Enterprise, with a mission to innovate solutions for enterprises leveraging IoT, Edge and the like to enterprise. 2022, people.)

Enterprise customers want simple solutions, to actual problems. As a telco, if you don’t know what *actual* problem you are solving for your customers, don’t waste time telling customers how great your network technology is.

In a late panel session on Sustainability, Orange, Nokia and Three UK provided some insights into how its approach to ESG objectives.

According to Nokia, only about 20% of energy used is in transporting data. The other 80% goes on cooling, lighting, heating. Energy consumption is measured by (frankly) reading the meter and totalling up invoices from electricity providers.

A sustainability consultant brought in to advise Orange provided her initial assessment of the state of energy monitoring in telecom, as “like being in the Middle Ages”. After 6 months, she revised it… to “pre-historic”.

That said, Orange has stable consumption of 2.2GWhr/year – decommissioning of older equipment is certainly a major factor, as is the switch from copper to fiber. But these are not yet the sort of sophisticated, AI-enabled, data-driven, micro-changes that the industry imagines.

Three concurred. Three has committed to switching off its 3G network in 2024 (although 3G data accounts for only 2% of its data traffic).

The FutureNetWorld awards represent a manageable set of acknowledgements for progress on the road to full automation:

The event was very well supported, and not just according to the headline attendee numbers but also the quality and mix of attendees, speakers, sponsors, analysts and commentators.

To its credit, FutureNet World does not get unbalanced by a fixed perspective. It includes some 5G talk but isn’t a 5G event. It includes discussion of APIs and open interfaces but isn’t pushing itself any particular standards agenda. It of course accommodates Open RAN, but as an event, it isn’t necessarily flying that flag either. And that’s good. Because the challenges that face the industry demand that people step away from preconceptions about technology, or individual causes – or even from decades of accumulated experience. As the old saying goes: “Fortune favors the brave”. In pursuing automation, it’s time to be bold. 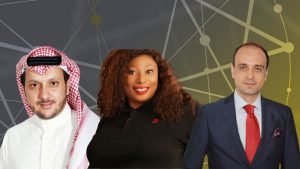 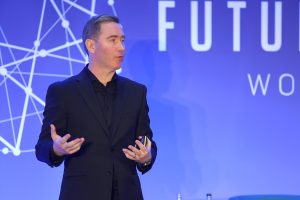 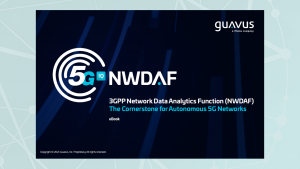 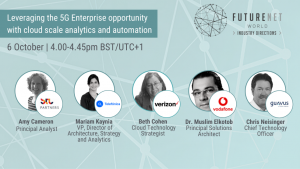 Live Panel with interactive Q&A, watch on-demand FREE. Featuring: Beth Cohen, Cloud Technology Strategist, Verizon,... Read more
5G Automation and Intelligent Edge
14th September 202116th November 2021
We use cookies to ensure that we give you the best experience on our website. If you continue to use this site we will assume that you are happy with it.Ok