Haithem M. Alfaraj, CTO, stc, is speaking at FutureNet MENA, 20 March, Dubai. He talks to Contributing Editor Annie Turner about the group’s constant focus to implement the objectives of network automation and evolve the corporate culture to propel and disrupt markets.

Haithem Alfaraj has been stc Group CTO for nine months, while previously he was the CTO of stc Saudi Arabia, since December 2018. stc Group was established in 1998 and operates in the Kingdom of Saudi Arabia, as well as in Bahrain and Kuwait. stc is the leading digital enabler in the region. The group has won the Speed Test Awards for the fastest and best mobile network coverage in the Kingdom, among many other accolades. It was also awarded the fastest mobile internet and mobile coverage in the Kingdom for five straight years, emphasising its commitment to assuring customer experience.

Alfaraj explains how stc Group propelled network automation. He said: “For the last seven years, the group prioritised network and operational automation, which underpinned the group’s achievements. The automation journey started in 2014 when we recognised the importance of reducing operational costs, which helped improve our customers’ experience”. “At the same time, the operational environment was becoming increasingly complex with 5G on the horizon, and customers sought to have the best provider who meets their expectations. As customers’ engagement and experience are of great importance to us, we adopted a two-prong strategy to reduce human interactions, providing automation, avoiding errors, and improving efficiency. That made our services and products to be fully digital”, he clarified. Alfaraj added: “The Kingdom’s demographics have a population average age of 31.8 years old and more than 55% of the population are under 34, which implies to say, they are all digitally enabled with extremely high expectations. Hence you cannot expect customers to visit a store or office to validate their ID. This is just a sample, of the importance to digitise everything. Accordingly, stc Group enabled the automation process for such matters.” Alfaraj highlighted how digital identities became a part of everyday life in the Kingdom, and how the overall social system demanded automated networks. He said, “Digital fingerprints became essential for verification and authentication processes, and the Saudi Government provided intense support to enterprises to support this digitalization”.

Aligning automation and business goals – Seven years is a long time in the digital world. How has stc’s thinking about automation changed over that time?

stc Group has a growth mindset. We have evolved our mission. In 2019, we established our DARE 2.0 strategy and vision to deliver ICT in the region, not only telecommunications. We pursued to achieve our automation objectives, exceed customers’ expectations and accomplish future growth. Consequently, stc Group directed its multiple subsidiaries to look into certain technologies including cloud computing, IOT, cybersecurity, software development, and Data centres as well as international connectivity, Towers set up, E-sports & Gaming, along many more technologies, in order to provide a fully-fledged digital enablement for the local market. We never had a single point on the roadmap for automation. One of the main reasons for changing the objectives was the benefits and outcomes we recognised in the automation process, and it created momentum and trust for stc Group.

Beyond success – What are your major success areas across the automation process?

stc Group extended automation beyond mobile network operations, making transmission less costly in fixed, transport, and optical networks. We expanded the automated domains and set more aggressive targets, to achieve higher goals. So, over the years, stc Group changed its operation to become more digital and more automated. We provided automatic ticket opening, ticket correlation, resolving network problems and self-healing in some of our technology domains. We reduced outages by 30% and the time to resolve problems by 27%. stc was always ready to perform better across the industry. Some parts of stc’s network are legacy and we are in the process of updating all our networks, to become “next-generation networks” so that stc can achieve its ambition of attaining the highest possible level of network automation everywhere. Yes, our network automation goals changed because once we have next-generation networks, we can do a lot of things much faster.

On migrating to cloud technologies, Alfaraj confirmed the stc’s cloud technology advancement, as it started relatively early, with the group’s telco cloud in 2017. He explained that the maturity of hyper-scalers and telcos was different in the old days, yet stc’s cloud strategy and objectives changed during the journey. “The group decided that any core functionality should be in the cloud. And due to the readiness of the cloud version and as it made a financial impact, we immediately migrated to the cloud. From that perspective, we are not looking at saving every penny, as we consider the other benefits, such as injecting technologies, swiftly into the market, enhancing customer experience and digitalization”, Alfaraj emphasised.

“The latest figures, from November 2022, show that about 70% of the pure core telcos functions are already operated through clouds, through the packet core, packet gateways, the HLRs (Home Location Registers), the AAA’s as well as firewalls and BNGs (Broadband Network Gateways). The Majority of IT loads are on clouds, which is where we started, with an internal cloud cluster, as well as hyper-scalers in IT”, Alfaraj explicated.

“stc maintains its telco cloud and is adopting a multi-cloud strategy. We are working with Alibaba, Microsoft, Oracle, SAP, Amazon, and Google so that the cloud workloads will not only run on our clouds but also on hyper-scalers’ clouds. We are having partnerships with hyper-scalers, where both parties mutually benefit. We tend to widely reach to the developer community and develop agility and resiliency meanwhile, hyper-scalers are accessing proximity to consumers to complement closer edge services that they provide”, He stated.

“Our ultimate aim is that, at the click of a button, a 5G mobile packet core, can be shifted in 10 minutes with all the associated automation from one hyper-scaler’s cloud to another, or from stc’s telco cloud. We will not be integrating data, instead, we will only be migrating it with automated activities. To be able to fulfil the high expectations of our customers, we prefer avoiding time spent when doing a manual integration, hence we will only migrate data as it all will be conducted through automated activities.” Alfaraj explained.

As the strategic focus on automation began about seven years ago, how does Alfaraj see stc after seven years, in 2030?

By then we might be far ahead of what we envision today because we are accelerating our implementation process. Having said that, in 2030 I see telcos being fully programmable with Autonomous Networks and API-based integrated marketplaces. We cannot think of 5G without automation, with its technological advantages of speed and latency. We are able to create the future mobile network for enterprises with 5G network slicing, without human hands-on. Customers can go to the telco’s marketplace, select where they want a virtual network, define the latency and bandwidth parameters, and start using the services. Our sales partners, using our API Marketplaces, can develop and sell products using our API-driven programmable network provisioned through digital channels in every domain.

Countering culture –  What has been the most difficult part of stc’s automation journey?

We have challenges such as digital-native disruptors, customers’ changing behaviours, and other competitors. The main answer to these challenges was the mindset of our people, the internal culture, and innovation. All are important factors for telcos in the continuously changing landscape. Innovation and automation were being deployed at many levels in different operational areas. In the consumer sector, for example, stc won multiple awards for its digital customer experiences, through its My stc app & Jawwy platform by which consumers have access to the operator’s range of services, and self-services. One of the biggest issues telcos and other vertical industries face regarding field engineers is the consistency and quality of their work. Standardising these activities can’t be done if digitalisation doesn’t lead to supporting the increasing demand for technologies. stc Group believes that augmented reality technologies can help standardise quality in the field and is running proofs of concept whereby engineers can receive everything from step-by-step instructions to schematics showing the location of gas pipes, electricity cables and many more, if they are trying to find a problem with a cable in the street, for instance. We are working hard in terms of education, training, onboarding people, hiring consultants to teach design, and helping us adopt digital-first and agile practices. This is not just to compete, but to become leaders of disruptive innovation ourselves. We are constantly working through proactive approaches to the markets’ changes to be the one brand creating disruptive innovation. 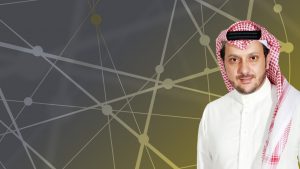