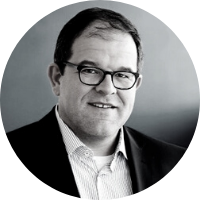 Michael is an experienced technology executive with a global career spanning more than 20 years in the telecommunications industry.

He joined TDC NET, Denmark’s largest telco in 2017 and heads up the Technology unit which includes engineering, deployment and operations of Mobile, Coax and Fiber Networks including NGN based Voice, Data and TV services. During his tenure, TDC NET has completed the roll out of the first nationwide 5G network in Denmark.

Prior to joining TDC NET, Michael worked at M-Net Germany where he served as Managing Director and CTO. Before that he was a Managing Director at KATHREIN Group which acquired UBIDYNE INC. where Mr. Fraenkle was CEO and Member of the Board of Directors. He held various technology management functions at TELEFÓNICA o2 in Germany for more than 12 years including Vice President Access & Transport and CTO of Telefónica Deutschland GmbH in the mobile and fixed network technology section.

Michael holds a master’s degree in Electrical Engineering from the Technical University of Darmstadt/Germany. 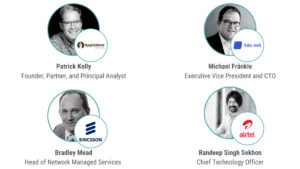 Managing the networks of the future: How to leverage AI & Automation